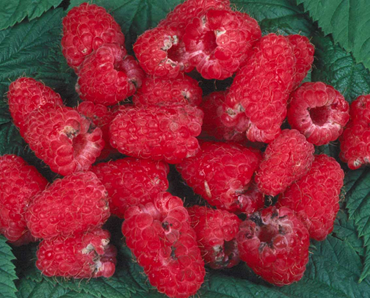 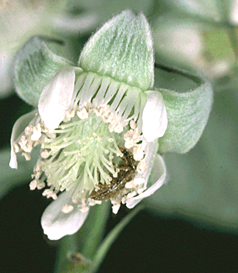 Raspberry beetle is a key pest of raspberries and blackberries in the UK and Europe. Adult female beetles are attracted to the colour and smell of host flowers and lay eggs on stamens. The emerging larvae burrow into developing fruit and can cause major damage inside fruit up to harvesting.

The pest is difficult to control using insecticide sprays because it is active when bees and other pollinators are flying, so there are restrictions on their use. Neonicotinoids are currently used but their future use remains under scrutiny due to non-target impacts on beneficial pollinators. 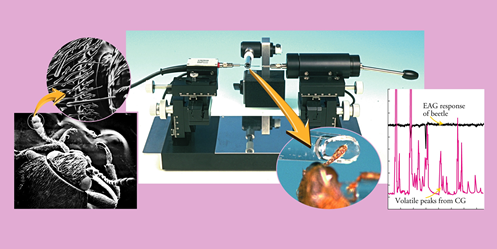 Behavioural bioassays demonstrated attraction to females and males at certain release rates. Working with Sentomol Ltd we devised and tested a slow release sachet which attracts the adults over a 6-8 week period (before and during flowering). A monitoring trap was designed based on bucket traps used to monitor forestry pests. Insects are attracted to the colour and smell of the trap and fall into a bucket shaped base containing soapy water.

These traps were then tested in Scotland, England and several European (France, Switzerland) and Scandinavian (Norway) countries under DEFRA Hortlink and RESAS funding. We found that a trap deployment of 50/ha in a grid gave optimal trapping under most UK conditions. In Norway where pest densities are much higher, additional perimeter traps are needed. The traps can detect ‘hotspots’ for treatment within soft fruit crops and have an action threshold for spraying of 10 beetles/trap/week.

Using these precision monitoring traps, insecticide applications were reduced by 30-40% and gave as good protection as conventional spraying. The traps and lures have been commercialised and sold through Sentomol Ltd.